There are a lot of rumors and conjectures about the release of Apple’s new smartphone, because its presentation has not yet taken place, and official information from the manufacturer has not yet been received. It is known that the presentation will take place on September 10 this year at 8 pm Moscow time. All the information that is now about Iphone 11 appeared on the network from insiders and guesses of the fans of the series. 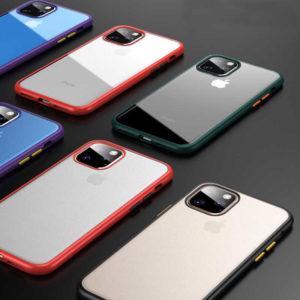 There are several assumptions about the future name of the 2019 smartphone.

All these assumptions about the future name of the Iphone are based on the plums of well-known insiders and employees of the Apple factory in China. As we see a lot of assumptions, and which one to believe, is not yet clear, but it is worth saying that the Iphone 11/11 Pro / 11 Max is the most likely name, according to most fans of the series. There will be several versions of the smartphone, which will differ in the filling. 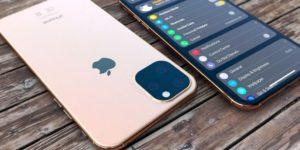 The housing of the new smartphone

According to analysts at Bloomberg, the body of the new items from Apple will be made of frosted glass, which will be much stronger than the materials used in previous versions.

It is also known that the new smartphone will be able to immerse itself in water and to a much greater depth and for a longer time. 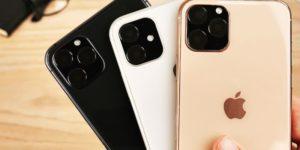 It is reliably known that TSMC, which is located in Taiwan, will remain the manufacturer of the processor.

According to unofficial data, two processors will be installed in the new smartphone model. The main will be responsible for the operation of the smartphone itself. It is known that this will be a completely new processor, but, unfortunately, there is no information about the processor clock speed and the number of cores.

The second processor will be designed to work with functions that are responsible for additional reality. Information about the characteristics of this processor is not at all.

According to Western experts, Iphone 11 will install 4 GB of RAM. Despite such a modest amount of RAM, compared to other manufacturers, Apple believes that this amount of memory will be enough for a comfortable smartphone.

Because The presentation date is already known - September 10, 2019, it is not difficult to guess that sales will start in 10 days, namely September 20.

Estimated prices in Russia will range from 80 to 120 thousand rubles, depending on the amount of physical memory and the prefix Pro / Max.

Text to be sent to our editors: